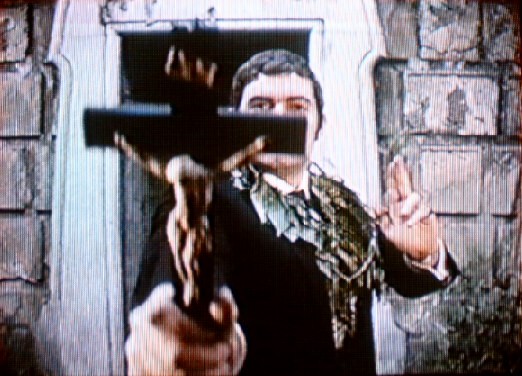 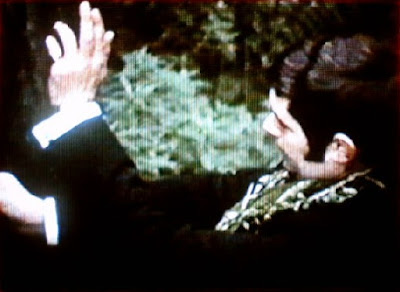 In the summer of 1970, both vampiric and satanic outrages were occurring at London's Highgate Cemetery, culminating in the press learning of Seán Manchester's secret exorcism of a tomb: 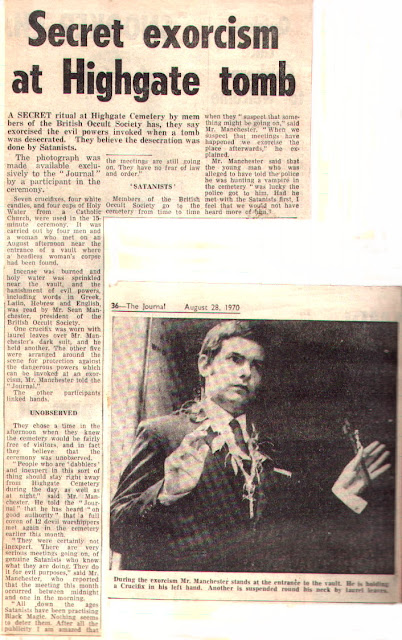 Such exorcisms were not uncommon and a theory about Satanists summoning an erstwhile dormant vampire had already become established in some quarters. This exorcism was reconstructed two months later by the BBC for their television documentary programme 24 Hours, 15 October 1970. 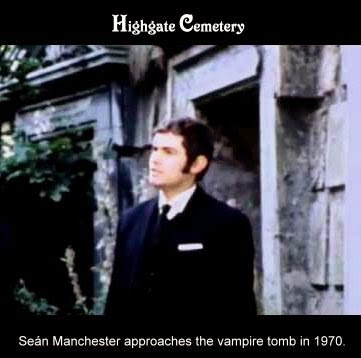 "The best advice I can give is to avoid involvement in the dark occult, ie Left-hand Path occultism, and do not seek the malign supernatural. Leave well alone. The Devil can tempt us, but he cannot touch us directly unless we open the door and let him in. We should not fear Satan and his demonic horde, but neither should we look for him in the day to day happenings of our life. There are positive aspects of the supernatural such as healing, miracles and visions. Phenomena that once existed with regard to places on any proposed Highgate Vampire tour list no longer afflict those places today, and all one can do is visit areas where something is alleged to have once occurred in the past, and very well might have done so back then. But nothing vampiric or demonic remains today.

"This is certainly true of Highgate Cemetery where a demonic contamination was in evidence over forty years ago, but no longer is there evidence of that manifestation at any of the places associated with the case which was finally closed in 1982. The neo-Gothic mansion was demolished back in the 1970s, and Highgate Cemetery has been regularly maintained and patrolled by the Friends of Highgate Cemetery (FoHC) since the graveyard was relinquished by the private owners, the London Cemetery Company, during the time of the terrifying supernatural occurrences. These reached back many years. The eleven acre woodland graveyard that once comprised part of the Great Northern London Cemetery where a secondary contagion occurred, linked to Highgate, was built on by property developers soon after the unearthly incidents and exorcism of same took place. Little remains to visit and certainly nothing directly associated with the infestation itself."

(Seán Manchester, from his writings regarding the occult.) 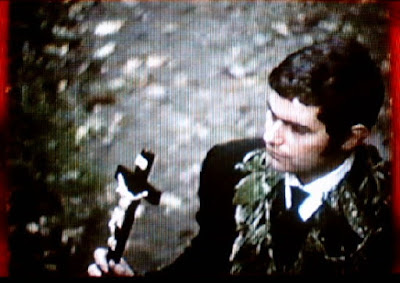